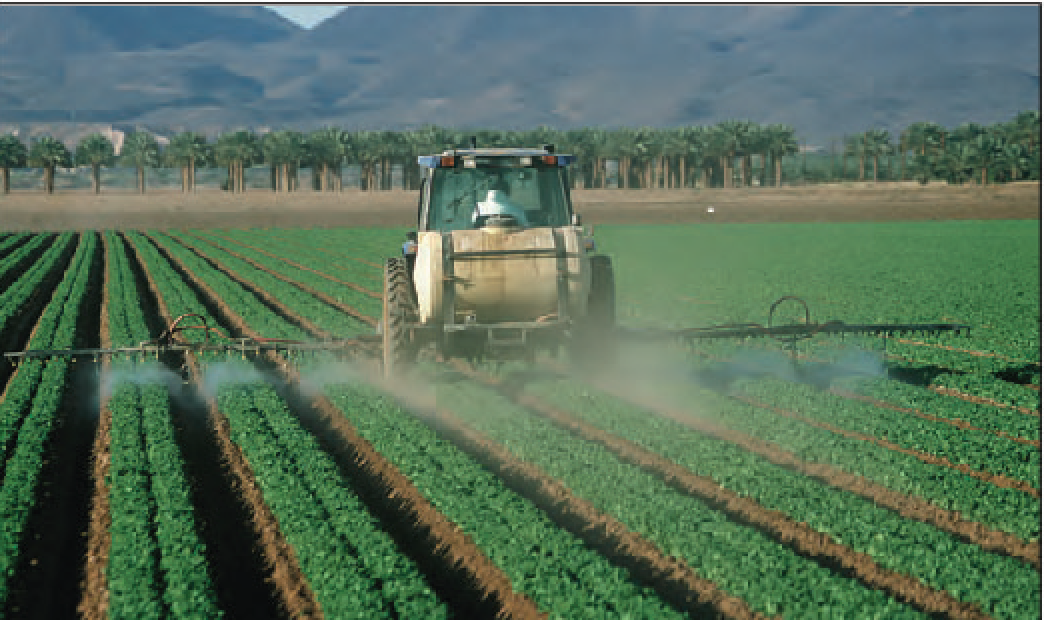 50 years ago the USA led the way in regulating pesticides, but research published in Environmental Health finds that the country is still using many pesticides that are either banned or being phased out in the EU, China and Brazil. In this blog Nathan Donley, author of the research, tells us about his study and how an unofficial policy of relying on voluntary pesticide cancellations has led to this situation.

After all, many people still remember the transformative period in the 1960s and ‘70s when Rachel Carson’s Silent Spring spurred the United States to establish the Environmental Protection Agency (EPA) and transform the country’s pesticide laws. The years that followed saw a flurry of activity from the EPA – banning pesticides like DDT, aldrin and toxaphene and fending off legal challenges from agrochemical companies infuriated that they were now subject to regulatory oversight. The agency used its new found authority to impose commonsense safety and health measures on a lawless industry, protecting countless human and animal lives in the process.

Since then, many countries around the world have followed the lead of the United States and strengthened their pesticide regulations. But today, the United States’ leadership has waned significantly and much of that is evident not in what the agency does, but what it often fails to do.

I recently compiled the approval status of over 500 pesticides in each of these four agricultural economies and found that the United States stills uses a whole lot of pesticides in outdoor agricultural applications that are banned or being phased out in the EU, China and Brazil. Just how much is truly staggering: The United States uses around 320, 40 and 26 million pounds of pesticides each year that the EU, China and Brazil, respectively, have deemed too dangerous to use within their borders.

There are more than a dozen agricultural pesticides that are EPA-approved but are banned by at least two of the three other nations in the study. The majority of those pesticides have not significantly decreased in use in the United States over the last 25 years.

Not just any other pesticides

As you might expect, the pesticides that are banned by multiple other regulatory agencies but still approved in the United States are not on the benign end of the spectrum.

Five of the pesticides – bensulide, dicrotophos, phorate, terbufos and tribufos – are in the neurotoxic organophosphate class that was once used in chemical warfare in World War II. Another, paraquat, is one of the most acutely lethal pesticides still in use today, with a teaspoon-sized dose being enough to kill a grown adult.

In addition to causing immediate, acute harm – only a fraction of which is reported to state agencies and poison control centers – other pesticides on this list can have more indirect effects. The medically-important antibiotics oxytetracycline and streptomycin are used on many fruit trees to fight bacterial diseases in the United States, and recent expanded approvals by the EPA have all but guaranteed that they will be more widely used as pesticides than they are as human medicines. This comes despite strong objections from the U.S. Food and Drug Administration and Centers for Disease Control and Prevention that this could facilitate the development of antibiotic-resistant human pathogens.

May I have a volunteer, please?

There is one key difference in the way these other nations go about prohibiting pesticides that is likely playing a major role in this discrepancy. The United States utilizes voluntary, industry-initiated cancellation as the primary method of prohibiting pesticides, which differs significantly from the non-voluntary, regulator-initiated cancellations that predominate in the EU, Brazil and China. In the last two decades, pesticide makers in the USA have voluntarily phased out nearly 60 pesticides – yet I can count on one hand the number of pesticides the EPA has taken upon itself to cancel during that same time.

Voluntary cancellations can be the product of a negotiation and, therefore, don’t always represent a truly “voluntary” act. However, many voluntary cancellations are business decisions rooted in simple economics rather than human and environmental health concerns. Furthermore, if a regulatory agency is “negotiating” the cancellation of nearly every single pesticide it decides to ban, then that is a strong indication that the regulatory system is broken and that far too much power is being held by the pesticide makers.

What does it say when the country that once had the strongest pesticide laws in the world is now relying on the regulated industry to erase the worst pesticides from its roster? And what does all of this say about the industry that tells us we need to keep using these poisons on our food or face famine? If the most successful agricultural economies in the world are growing the same crops and dealing with many of the same pests we are without the use of these dangerous pesticides, then there is no good reason why we should continue using them in the United States.

In the 1970s, the EPA recognized the importance of banning the most dangerous, persistent pesticides that were still in use at the time. We all benefitted immensely. Now, 50 years later, there is broad scientific consensus that some of the pesticides once considered to be “safer alternatives” are too harmful to safely be used. As other nations are, to varying degrees, taking steps to get rid of the worst-of-the-worst pesticides, the United States is relying on the pesticide industry to regulate itself.

Food, Farming, and the Fate of Planet Earth

Robyn O’Brien is the co-founder of rePlant Capital, an impact investment firm, deploying integrated capital from soil to shelf in order to build soil health and financial resiliency for farmers. She is also the founder of Do Good, a strategic advisory firm, and the AllergyKids Foundation. Random House published Robyn’s book, The Unhealthy Truth, in 2009, and her TEDx talks have been translated into dozens of languages and viewed by millions around the world.
By Robyn O'BrienOctober 25, 2022