Robyn O’Brien is the co-founder of rePlant Capital. With a twenty year career in food and finance, Robyn has been called “food’s Erin Brockovich” by the New York Times and Bloomberg. She triggered an allergic reaction in the food industry when she asked: “Are we allergic to food or what’s been done to it?” and helped trigger an awakening to the skyrocketing price of EpiPens when she coined the term #epigate.

The early years of her work are documented in her bestseller The Unhealthy Truth. She became recognized around the world after her TEDx talk in 2011 which was viewed by millions and translated into multiple languages. She is a trusted and sought-after food industry advisor, strategist and public speaker. She is also an adjunct professor at Rice University’s business school.

“In the absence of the truth, all of us stand helpless to defend ourselves, our families and our health,  which is the greatest gift we have. Robyn O’Brien’s courageous pursuit is an example of how we can all do our parts to protect the health of our families.” —Erin Brockovich 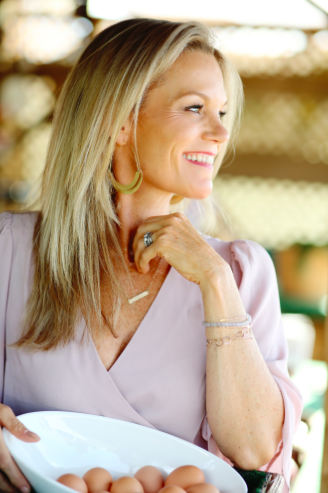